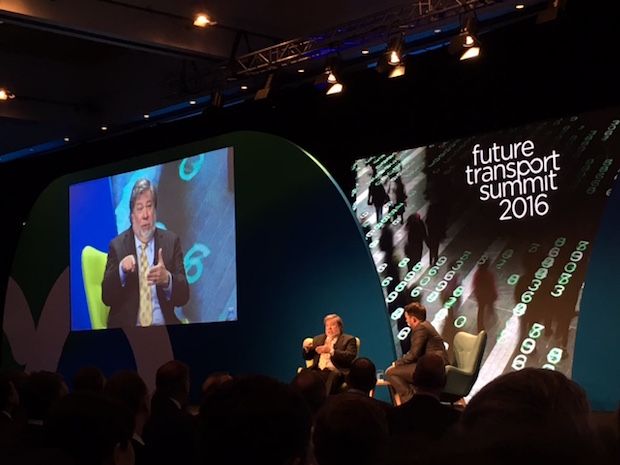 Apple co-founder Steve Wozniak defines successful design as “being compelling – people see it and gasp – this is so great”. This was exactly my reaction to Transport for NSW (TfNSW) today.

Only a few years ago this government department was suing App developers for exposing the late running of its trains. Today they are actively canvassing the support of external innovators to help them create the future of transport.

Today TfNSW gathered 300 public servants and external experts for a two day innovation fest. The fact that it was happening at all, was far more significant than the content.

Here are the 5 issues that will determine future success or failure:

To its absolute credit, TfNSW has for some time sought to put customers at the centre of everything it does. There is widespread evidence of success, especially when interacting with the super helpful staff across the rail network.

Lyn McGrath, who runs a massive swathe of one of Australia’s largest retail banks, framed the pathway ahead. Although her vision represents a significant stretch goal today, TfNSW is well anchored and heading in the right direction.

Next step is to start segmenting the customer base so that they are no longer considered as a single group. I particularly look forward to hearing more about business customers and tax payers.

The first speaker was the Minister, Andrew Constance, leading from the front with vigour and confidence. Next came the Secretary, Tim Reardon, clearly with his eyes wide open “we must enable, and then get out of the way”.

The intent is clearly there. In transformation, the how is always far more difficult than the what. And experts in the latter are often poor in enabling the former. TfNSW now needs to create and embed the internal capability to create and sustain the required change.

3. Failure is forbidden yet a pre-requisite for success

Innovation is risky. Most innovation fails. Admitting repeated failures is not good for your career in government, especially when your masters are looking to be re-elected!

“Do it in secret is the best option”, suggested one speaker, using the GPS satellite system development in the USA as an example. Clearly that won’t wash here. Public / private partnerships based on a procurement process more orientated towards innovation than pure compliance will be part of the solution. The Secretary’s mindset shift towards enablement and away from provision is also pivotal.

4. Technology alone is not the answer

Microsoft Australia’s boss Pip Marlow and Intel’s Global Managing Director Val Stoyanov exposed the elephant in the room – technology alone is not the answer. Here was a massive event, organised around 6 predominantly technology enablers, overseen by a Technology Leaders Panel. At times it felt as if the event was a celebration of solutions hunting for problems to solve.

The 5 “Pillars of Digital Transformation” were presented as Leadership, Culture, People and Competency, Organisation and Governance, and Partnerships (i.e. not technology). Technology is a great place to start, but beware the seduction of shiny object syndrome. It’s now time to swing the pendulum of focus inside the organisation.

5. Only James Bond has silver bullets

Creating big bangs was an unspoken sub text. But let’s not forget the power of incremental improvement to make an enduring and significant difference (with less risk). Empowering and motivating those doing the job today is essential, regardless of the strategy.

The future is bright

TfNSW today proved that an old dog can at least be determined to learn new tricks, even if the magic is yet to happen. It’s obsession with the customer, enablement mindset and leadership are in great shape. It now needs to focus less on external technology and more on internal capability.